Hey I just noticed some issues on the survival server in terms of voting that I thought staff might want to know about. I’m new so I wasn’t sure if there was a way to contact any staff that may be online so I thought this was the next best place to post my concerns.

- /vote does not come up with the vote link only “An eternal error occurred while attempting to perform this action”
- vote party did not issue any keys (again I’m new so I’m not sure if for a vote party means everyone gets a key but idk)
- I voted twice and received no keys however on the first vote I received $10 for voting followed by another $50 for voting and the second vote there was nothing
- nothing was said in chat about my voted being added to the vote party
- also names in chat are coming up as %deluxtags_tag%(%ezrankspro_rankprefix%, [Member] %essentials_nickname%,, (there is a photo attached showing this) 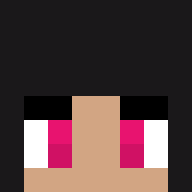 Pinette
Kratos
If you type /vote it will now come up with the correct link it has been fixed vote party gives you some money or random items. if you have screenshots showing you voted twice you can type /discord in game to get the invite link once, you wait 10m (gotta keep trolls out) and unlock the vanilla server via server unlock by reacting with the correct reaction emoji. then go to support and do +ticket open reason which will open a ticket on the bottom of the discord.. once you make the ticket you can dm a mod to attach the screenshot in that ticket for you. However the Names issue has been fixed as well.
You must log in or register to reply here.
Share:
Facebook Twitter Reddit Pinterest Tumblr WhatsApp Email Link