I have found a few bugs,

AFK Bug:
For the first bug when you are afk for sometime you get this message It probably goes like this is colors &&6&lAFK The issue is the extra '&' its probably an easy fix.

Warping Issue:
When you try to do /spawn or /warp ____ it sometimes glitches out and you cant do anything. Once you do /spawn it says Teleport commencing... then you cant do anything and it says "Cannot send Chat Message" its very annoying and I have seen other players have this issue, you have to relog each time.

VoteParty Bug in Sidebar:
In the sidebar you can see it always says '/75' when there is only 50 votes per party. Its probalby a placeholder issue.

Very good eye. Thank you for the report, it will be brought up to the staff team. 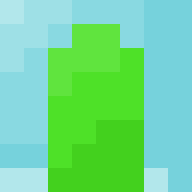 xxisyhP
T-REX
These issues are all previously reported issues, and are being worked on. The two visual errors are not major, and a fix will be released whenever another major update releases, as it will just be done in passing. The warping bug is still being looked into, and is not easy to fix so far, but we are hoping on being able to release a fix in the near future. Thanks for the reports!
You must log in or register to reply here.
Share:
Facebook Twitter Reddit Pinterest Tumblr WhatsApp Email Link