We aim to provide you with the highest quality Pixelmon Reforged, OP Skyblock, Survival and Creative gameplay you can find.

We're excited to announce the launch of Skyblock S5: the successor to our beloved S4 Map which will be opening on Saturday, 22nd August @ 2PM EST.

The last map of Skyblock was a huge success. Not only have we increased our average playercount significantly, we have had a huge number of successes:

These are just some of the changes which we've recorded on Skyblock this map. Make sure to read the entire thread for all the information about next map!

After another successful Island TOP Competition in season four, we will be running another in the same weekly fashion.

The IS-TOP Competition will end on 26th September 2020. All Islands which set their /is setpaypal and/or their /is setdiscord automatically agree to the following rules listed here and are hereby entered for the competition: https://docs.google.com/document/d/1YYBlPkatYzwGRcfP4wJryJPrTfBEebfqp67lqvnGi-M

Our new spawn will come with the classic areas such as the auctionhouse, food farm and a new casino (based in a greek temple!) and an in depth tutorial area to help out new players.

One thing which we really dislike about our current spawn is the wasted space, something which will be fixed in our new spawn!

Ladies and Gentlemen! Children of All Ages! Gather round and polish up those teams because it’s time once again for the coveted Blaze Pixelmon:
MEGA SUMMER TOURNAMENT!

We will be having two days of qualifier tournaments on All Servers. The 1st and 2nd place of each qualifier (that’s 16 players total), will move on and participate in the Grand Tournament! Fight it out in this ultimate brawl to bring glory to your server and represent them with pride!

You may only enter one qualifier.
This go-round will be the Monotype Brawl to end ‘em all!
Smogon Monotype Tier Rules

Sign Ups
All tournament and qualifiers sign-ups will be held within an hour before the event starts!

With this all in mind, GLHF!

We are now at the midpoint of the competitive Skyblock experience and you may be wondering what happened to the changelog last week? Well after moderating things that were going on in skyblock we felt that releasing a changelog just for the sake of it wouldn't do anyone any good and honestly, we were happy with the state of skyblock. This thread's main focus is some new stuff rather than changes; there will also be a summary of all the changes and minor bug fixes pushed throughout the last week in case anyone missed them! This is what you have to look forward to after the reboot today:

This promises to have the loot all of you have been needing to gear up for the rest of the skyblock season. Packed with some of the new things being introduced as well as a LOT of goodies that may help your progression on those pesky scrolls and missions!

Grab one for yourself at Store.mc-blaze.com

This week we will be introducing a number of new tags into the tokenshop, these will not only be limited time but also may cost a little bit more than usual for that added exclusivity 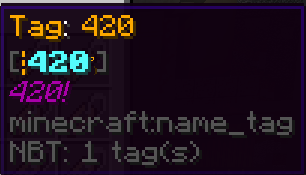 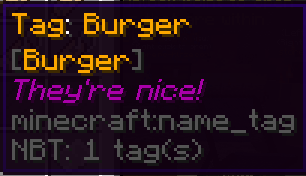 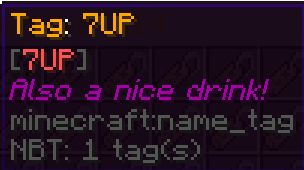 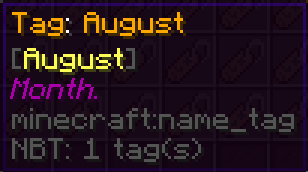 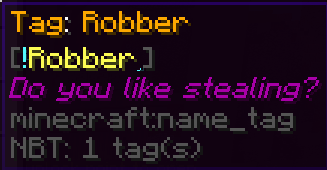 
Thanks for an awesome first half of the season!

The first week of the new Skyblock season sure has been hectic, with teams fighting to complete all the island missions as quick as possible as well as a fair few relaxing, quietly confident about their ability to come out on top. While that has been going on, we have been keeping a close and watchful eye on everyone and have decided that at each weekend we will be releasing changes and possibly new features. This will not interfere with island top as it will happen after the winners are announced each week. The changes will be live from the reboot following final island top calculation for that week; there will also be a summary of all the changes and minor bug fixes pushed throughout the last week in case anyone missed them! This is what you have to look forward to after the reboot today:

These have replaced the old chunk collectors in the hoppershop (/hshop). They act in a very similar way, offering the ability to pick up a type of crop in a whole chunk as soon as it is harvested. Some examples are below

From what we saw, farms have made a comeback in skyblock, though they are still not where we would like them to be and we feel that farmer minions as well as fisher and lumberjack are in need of a buff! From the reboot you can enjoy increased catch rates on fish and a much larger farming area for your farmer minions (max level being 12x12x12 radius!

With regard to the minion changes above, we have decided to make some changes to shop prices. The changes are as follows:

The moment Skyblock S3 Opened we thought "this is great, but how can we make it better?" and from that point on it was our mission to make Skyblock S4 the most enjoyable experience yet; with over six weeks of planning, custom development and hundreds of hours put in by the Blaze Vanilla team collectively, we are ready to unveil our latest offerings to you guys - based on your feedback!

Make sure to read the whole thread to not miss out on the important stuff, such as:


Please ensure you read the entire thread, as we have changed some rules listed below. For clarity, Auto clickers are no longer allowed on Skyblock and is now a bannable offence in ALL circumstances. (This includes AFK Mining, however, Alts can still be used to AFK Farms or spawners as long as it does not include autoclickers OR macros)

Something which has been incredibly prominent on Blaze Skyblock is lag; we've had hundreds of messages of people giving their "two-cents" on how to fix lag on Skyblock Greek, that the management team is "lazy" and "can't be bothered" to fix lag, and a multitude of other things. I would like to address with Skyblock S4 the reasoning behind "lag" on Skyblock.

There is three main types of lag; Ping, TPS and hardware:

After moving to 1.13 we were experience a large drop in "Ticks Per Second" - The original plan for Skyblock S2 was to move to 1.12.2 - a much more stable version of minecraft, but due to ill-advice we were mistaken into thinking that 1.13 would have been a much better solution; we were wrong.